It’s a hard task to be a leader or an innovator — even harder during a global pandemic. Mount Airy City Schools chose to be both. As the first district in the state to return to full-time in-person learning, they were faced with several challenges: how to keep the students safe, how to provide reliable contact tracing, how to manage social distancing on the school bus, and how to decrease route times to limit close interactions. The district volunteered to be the first to pilot a state-sponsored program that provides new student transportation technology to schools. Mount Airy’s leaders chose to implement Student Transportation, Tyler Drive tablets, and on-board cameras. With the new technology in place, the district could easily track and report on temperature checks, seating charts, and contact tracing. They also were able to recognize cost savings with more efficient routing and increased driver satisfaction with on-board navigation and student ridership information. The success at Mount Airy has paved the way for dozens of other North Carolina districts to implement new student transportation technologies.
MACS Press Release
Tyler Technologies 2022 Winners
Tyler Technologies Announces 2022 Public Sector Excellence Award Winners

District Administrator has named Mount Airy City Schools as one of its inaugural Districts of Distinction for its innovative work in STEAM (Science, Technology, Engineering, Arts, and Mathematics). District Administrator magazine is a national publication distributed to educational leaders around the country. The annual award was created to honor school districts that are leading the way with innovative ideas that improve student achievement and whose programs can be duplicated in other schools.

Mount Airy City Schools will be featured in the November 2014 issue of District Administrator magazine. 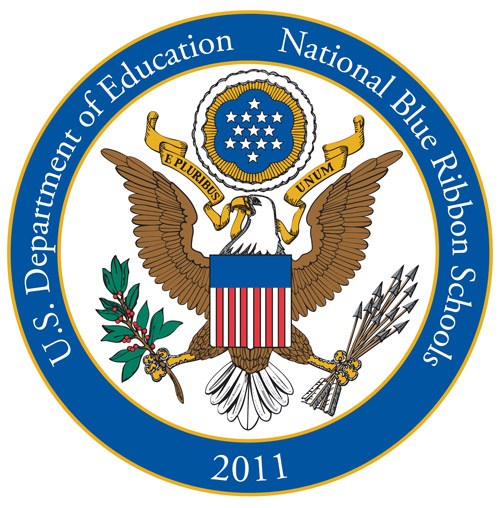 Mount Airy High School has been named a National Blue Ribbon School for 2011. Since 1982, the US Department of Education has honored America's most successful public and private elementary, middle, and high schools through the Blue Ribbon Schools Program (BRS). Blue Ribbon School award recipients will be recognized at a special awards ceremony in Washington, D.C. in the fall.

"We truly are a team at Mount Airy High School," said Principal, Sandy George. "I recognize the important contributions that are made on a daily basis from our secretarial staff, our cleaning service, our cafeteria employees, our assistants, our teachers, our assistant principal, our parents and our students.  I also need to acknowledge the work that is done at BH Tharrington, Jones Intermediate, Mount Airy Middle School, and the Central Office.  Mount Airy High School would not have the success we routinely enjoy without the contributions of all of these people."
Congratulations to all of our schools!